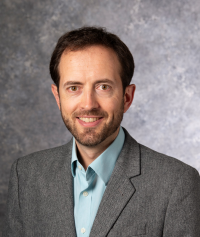 I am the author of Reassuring the Reluctant Warriors: U.S. Civil-Military Relations and Multilateral Intervention, published in 2015 with the Cornell Studies in Security Affairs series. The book argues that America's uniformed leaders, who are predominantly “reluctant warriors” and value international legitimacy as a catalyst for burden sharing, play an underappreciated role in steering U.S. policy on military intervention toward engagement with multilateral bodies. My research has also appeared in a variety of peer-reviewed journals, including International Studies Quarterly, International Theory, the Journal of Politics, the Journal of Strategic Studies, and Security Studies.

I am currently working on my next book, which explains how military interveners can obtain UN Security Council approval, when veto-wielding permanent members such as Russia and China are at first hesitant or opposed. I investigate "hard cases" for UN approval from the 1990s and 2000s, drawing on hundreds of recently declassified documents, and identify lessons that may be helpful to would-be interveners in the current period of increased great-power competition.

I received a PhD in political science from Columbia University (with distinction) and hold a Master's degree in international relations from the London School of Economics and Political Science. I have been awarded numerous fellowships and grants in support of my research, including from the Brookings Institution, Fulbright Commission, Alexander von Humboldt Foundation, Rotary Foundation, European Commission, and Fondation Maison des Sciences de l’Homme. Before moving to SMU, I was a tenured faculty member at the University of Cambridge in the UK.

UN and African Union key to foreign publics' support for military operations in Africa (The Conversation).

Blog post: How Military Interveners Overcome Opposition at the UNSC.